Home » Blog » Job » Conflict: a Step towards a Productive Work? 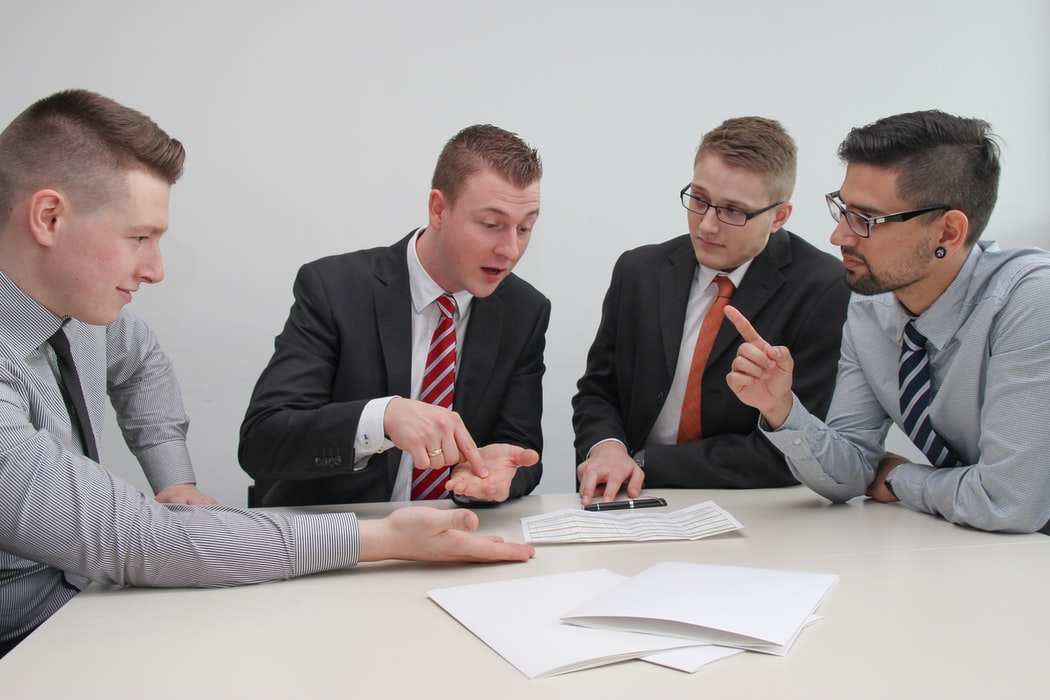 Conflict: a Step towards a Productive Work?

Sooner or later, conflicts arise in any team. Yes, we are all humans, with our personal views on the work process, the tasks, the attitude to colleagues.

And when our vision of professional activity does not coincide in some respects with the views of other participants in the work process, a conflict begins to ripen. We feel discomfort in communication, misunderstanding of colleagues, hear negative feedback, statements, critical remarks.

Thanks to such conflict, the situation is inflamed and exacerbated: emotions increase, tension grows, the desire to defend and insult. Thus, a dispute arises.

The tense atmosphere distracts from the work process, reduces human productivity. It also negatively affects the relationship with customers. Gained by competent work, the company's reputation may suffer.

We decided to consider what human behavior is characteristic of different conflict situations and how to resolve them with minimal damage.

Healthy competition is the motivation for self-development and productivity. But it also happens that the employee chooses a type of conflict behavior in which personal needs are placed above the needs of others. A person can even choose an aggressive style of communication to control the process.

After all, the loss of control can lead to decisions that will not satisfy its interests. Such competition always entails dissatisfaction, a complication of the situation, and tension in the team.

Of course, it is possible to force the opponent to make a convenient decision by persuasion and authority. But this method may be accompanied by dissatisfaction. We recommend organizing a meeting between competitors 1:1, where you can talk openly about the problems, focus on the result, understand the conflict, and eliminate it.

It is the reverse side of the competition. A person who chooses such behavior in a conflict seeks to be diplomatic, giving up his interests in order to preserve the relationship. A complete loss in professional terms: thoughts and ideas are not heard, claims are not considered. However, the association is preserved.

It is necessary to concede only in such cases when you understand that:

It is when you have a complete reluctance of the employee to participate in this conflict and affect their interests. This is the most common pattern of behavior. The person thinks that non-interference and lack of attention will calm down the conflict, and everything will figure out over time. But in reality, this is not the case.

Psychologists believe that in such a situation of restraint, the conflict, on the contrary, grows until it can no longer be ignored. As a result, we have a deterioration of the microclimate in the team and reduced productivity.

Talk. Communicate openly with colleagues. Calmly, respectfully, listen to the opinion of each participant in the process. Because of your neutrality, you will be left out of the topic of real issues and problems, which can lead to negative consequences, even finding a new job. You should only be removed in the following cases:

You need to resolve a tense situation considering the interests of the parties to the conflict, in order to get a positive result. Disputes are resolved through negotiations and mutual concessions. According to psychologists, this is the most effective way out of a conflict situation. Full satisfaction from such a decision usually does not happen, but normal relationships are maintained.

The concession is an opportunity to establish a productive dialogue and to take control of a tense situation. Think of it not as a defeat, but as your own flexibility and diplomatic approach to resolving the issue.

It's a kind of conflict, when pressure is applied, the power to force a person to accept their position. Conflict is usually fought by ambitious individuals who have the support of others, superiority in status, and physical strength.

Psychologists believe that the victory of such people is questionable. At first, they get pleasure, and then they lose and are disappointed because no one wants to deal with such people.

Do not put pressure on the opponent, speak specifically, focusing on the problem, avoiding small things. Watch your emotions and what you say. Decisive concrete actions are allowed in the following cases:

The most extensive, but also a win-win process, in which both parties participate —a sign of healthy conflict. There is a maximum of comprehensive communication to solve the problem.

Try to express your demands clearly. Listen carefully to the opponent; consider his proposals. You may offer your options for reconciliation. Try to focus on further quality cooperation and maintaining healthy relationships.

As you can see, it is not necessary to make hypotheses about the emergence of an unstable situation. A sensible step would be to identify the real conflict, classify it, and resolve it.

Everything seems very simple, but behind this is a thorough analysis of the situation, the search for the right solutions, and the coordination of significant conflict-free work with fellow opponents for the future. Because it also happens that the cost of emotional health in the team, unfortunately, is the dismissal of a conflicted employee.

5 Green Habits: How to Become an Eco-Friendly in the Office?

Importance of an Impressive Thank You Letter

How to make a Productive Business Letter

9 Tips for Finding a Job in Times of Crisis

How to find a job while being employed

How a Hobby will Help to Get a Job

How to Get a Job after a Long Break

How to Take care of Emotional Health during Quarantine?

How to Criticize Others Correctly?